Kuala Lumpur, 14 September 2012: Girl power may be a thing of the ‘90s, but for three young girls: Michelle, 12, Samantha and Wendy, both 13, it meant getting four different board games completed in the quickest time possible. Such was their will power, which guaranteed them the winning spot in the Board Games Challenge a la Amazing Race organised by Ireka’s flagship Corporate Social Responsibility programme (CSR), IREKA CARES.

The trio, who are the best of friends, are amongst the 12 children at Rumah Kanak-Kanak Angels, – a children’s home adopted by Ireka’s flagship corporate social responsibility programme, IREKA CARES in their third year, under the theme of Recreation. Building on the importance the home places on education and social skills, the year-long programme is planned to achieve these same objectives.
There were a total of four game stations: Jigsaw Puzzle, Crossword Puzzle, Boggle and Scattergories, each lasting 15 minutes that had to be completed by the children who were guided by their IREKA CARES volunteers.

The Crossword Puzzle required the children to answer a set of questions that tested their general knowledge and the Jigsaw Puzzle challenge was no easy feat as the children struggled assembling the 100 odd-shaped jigsaw pieces in the shortest time possible. .

“The trick to completing crossword puzzles quickly is to sort out pieces according to their respective colours, patterns and genre,” explained jigsaw enthusiast, Samantha, “followed by the different shapes of knobs, holes and permutations in between,”added by her ‘besties’ Wendy and Michelle, who were equally good. Together, they finished the jigsaw challenge within the given timeframe.
Having accomplished two game stations without breaking much sweat, the trio proceeded to put their brains to the test in the fun word game, Boggle. Here, the children attempted to find as many words as possible in English and Bahasa Malaysia, from a series of lettered dice. Any repeated words were disqualified, as each team had to submit their list of words for final marking.

Another interesting game the children really enjoyed was Scattergories as they put on their thinking caps to name objects within a set of given categories, starting with a specific letter in the allocated 15 minutes.

Just when the children thought they had completed the games, they were in for a surprise Sausage Eatingchallenge. They  tucked into steamed sausages to fuel their energy levels to face thefinal challenge of answering  clues to earn a bonus points. Whilst the judges totalled the winning scores, it was a good opportunity for the volunteers to mingle with the kids as they savoured some light snacks. Each team was then rewarded with gifts and presents for their attempts.

Ireka Corporation Berhad’s Deputy Managing Director, Datuk Lai Foot Kong said, “We have arranged a plethora of recreational and educational activities for Rumah Kanak-Kanak Angels. Our volunteers are also planning for refurbishment works which will improve the children’s living environment. For our volunteers, this is an extension of their expertise from the Company’s core activities: Infrastructure, Real Estate and Technologies – all for a worthy cause

IREKA CARES’ third year has kicked off the adoption of Rumah Kanak-Kanak Angels with a housewarming event in August, where the volunteers and children introduced themselves to one another. The Home was set up in 2004 to provide shelter to underprivileged or abandoned children, between 5 to 16 years old. IREKA CARES had adopted Lighthouse Children’s Home (Year 1) and Rumah Hope (Year 2), with yearly themes namely Community, Arts, Recreation, Environment and Sports. 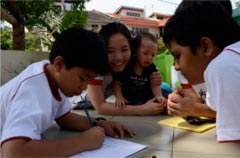 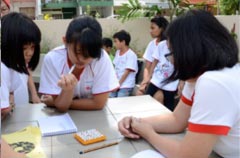 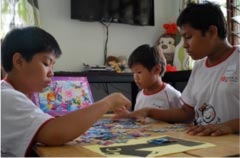 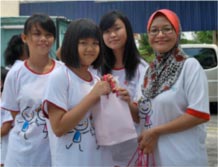 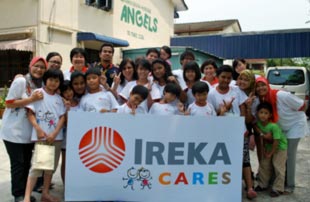