IREKA STRENGTHENS ITS CAPITAL BASE FOR THE FUTURE

Kuala Lumpur, 16 May 2014: Shareholders at Ireka Corporation Berhad’s (Ireka) EGM today voted overwhelmingly to support the Rights Issue which will put the Company on a stronger financial foothold. At its EGM held on 19 February 2014, Ireka’s minority shareholders voted against the proposal to take the Company private via a selective capital reduction exercise. Following the results of the February EGM, the Board was keen to explore options to strengthen the Company’s capital base to enable it to realise its long-term value as a listed company.

The Rights Issue will raise RM37 million for Ireka’s coffers and together with its RM1.1 billion construction order book and a total GDV of RM2.2 billion planned for the next 6 years; of which about RM470 million are planned for launches in the current financial year, shareholders are in for busy years ahead.

On the construction side, Ireka is continuing to actively tender for projects to expand its order books and with the whole construction industry moving in an upward direction, Ireka is able to be positive and optimistic about its future.

On the property development front, Ireka is kept very busy. Its low density Kasia Greens link houses in Nilai is 96% sold and nearby, the dwi@Rimbun Kasia project featuring 382 units of courtyard-style apartments will formally launch towards the end of the year. In Kajang, the Asta Enterprise Park, a light, modern industrial office and warehouse development will be launched by mid-July. The Company is also finalizing plans to develop a mixed commercial and residential development in the Kajang area which is planned for launch in the next financial year.

Ireka, as the Development Manager of Aseana is working diligently with them to stabilize and improve the operations of these assets. Ultimately, the disposal of these assets will realise funds for Aseana shareholders, including Ireka, in the near to medium term.

The Group’s Technologies arm, i-Tech Network Solutions Sdn Bhd’s green data center, SAFEHOUSE was recently awarded the ISO/ IEC 27001:2005 – Information Technology – Security Techniques – Information Security Management Systems by TUV SUD Management Service GmbH from Germany. With this certification, SAFEHOUSE is now compliant with the best practices and policies for Security Management System standards. This new milestone achievement assures our existing clientele and future prospects that SAFEHOUSE confidently secures their data and this is also an indication that i-Tech is one of the top data centres in the country.

In response, Ireka’s Chairman, Tuan Haji Abdullah Yusof said, “With all this going on, Ireka looks set to remain busy for the foreseeable future. The Board will continue to work hard to spend the capital raised from the Rights Issue well, building on our long-term reputation and solid track record for quality and delivery. Most importantly our number one goal remains to bring the company back to profitability.”

In terms of the future, Executive Director, Lai Voon Hon sees that whilst there remains much work to be done, there is a renewed sense of energy and purpose following the positive outcome of the Rights Issue, enabling the company to fully focus on its business operations and future growth. “Today’s resolution is critical in providing our executive leadership team with the financial flexibility to continue to chart our business expansion.”

ASTA Enterprise Park in Kajang – a light, modern and industrial office and warehouse development which is set to launch by mid-July 2015. 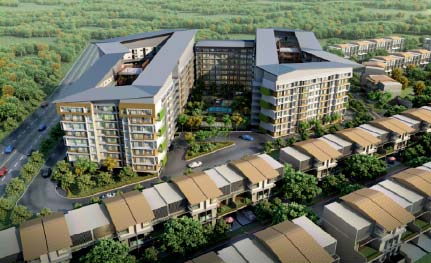 The 382-unit courtyard-style apartments in Nilai, dwi@Rimbun Kasia will launch by end of 2014. 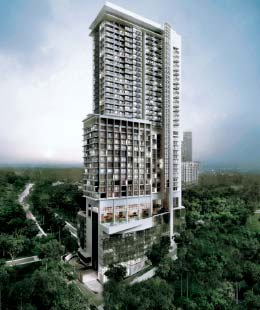