Petaling Jaya, 26 November 2016: You really can’t go wrong taking 30 excited children to Malaysia’s first and largest indoor trampoline park, Jump Street at Section 13, Petaling Jaya. In truth, the IREKA CARES volunteers were equally as excited and did not hold back their squeals and laughter whilst jumping and demonstrating newly acquired acrobatic skills!

For IREKA CARES’ finale event for 2016, held on Saturday, 26 November, volunteers and 30 children from Ireka’s adopted homes, The Lighthouse Children’s Home and Rumah Kanak-Kanak Angels had a fun time jumping for two hours at this amazing, giant urban playground for all ages. Trampoline parks like Jump Street are growing in popularity because they offer a fun way for children and adults to get active and to enjoy themselves. In fact, a study by US Space Agency, NASA states that trampolining is twice as efficient as running on a treadmill.

Two Jump Street leaders expertly led the IREKA CARES group through the series of interconnecting trampolines and multiple jumping attractions such as the Dodge Ball courts, basketball hoops, Foam Pit and a play area for the younger jumpers. Best of all, it did not matter whether or not you had jumped on a trampoline before because there was only one objective for the day, that is, to have fun, and lots of it! 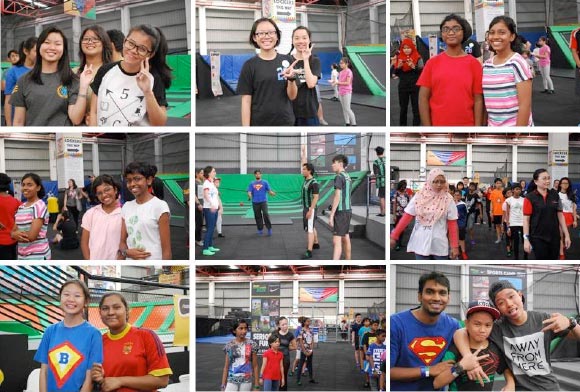 The whole event was well organised and Jump Street staff, from the moment we set foot onto the premises were determined we were going to have a good time and nothing was too much trouble. This made for another successful finale for IREKA CARES, its sixth. According to Datuk Lai Foot Kong, Ireka’s CSR Steering Committee’s Chairman who personally heads and takes a keen interest in Ireka’s CSR programme, “I am immensely proud of the volunteers who give up their time to both organise the events and to spend time with the children. The trust and liking the children and volunteers have for each other is clear to see. Keep up the good work and let’s make our seventh year another success especially as Ireka also celebrates its 50th birthday!” 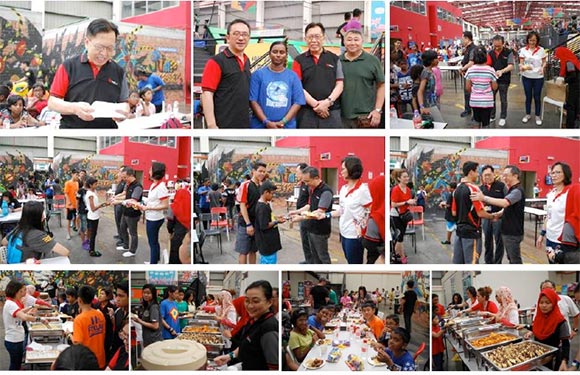