IREKA TO STEP UP ITS PROPERTY DEVELOPMENT BUSINESS WITH RM1.9b GDV PORTFOLIO

Ireka set to launch projects in Kia Peng and Nilai

Kuala Lumpur, 26 September 2012: Main Market listed Ireka Corporation Berhad (‘Ireka’) steps up its property development business with four projects worth about RM1.9 billion in gross development value (GDV), to be implemented over the course of the next five years. Leveraging on its track record in the upmarket real estate and hospitality segments, Ireka is diversifying into mid-market residential and commercial sectors, as well as modern industrial buildings.

Speaking at its 36th Annual General Meeting today, Group Managing Director, Lai Siew Wah said, “It is only natural for Ireka to return to direct investment in property development, now that we have fully implemented the investment strategy for Aseana Properties Limited** as its Development Manager. We are excited with two planned launches in Q4 2012, being a boutique hotel and serviced residences project in the Kuala Lumpur City Centre vicinity, and a garden living-themed housing development in Nilai, named “Kasia Greens”.”

Ireka is at an advanced planning stage for a boutique hotel and 200-unit serviced residences project at Jalan Kia Peng, which is adjacent to the KLCC Convention Centre. This is a joint venture project between Ireka and Aseana (30:70). The residence component will serve the niche market for luxurious residential units with smaller built-ups, 80% of which are 878sf and 906sf. The boutique hotel, which is designed to cater to business and leisure travelers, will be sold on a sale-and-leaseback basis and be managed by an international hotel operator.

Kasia Greens, consisting of 142 super-linked houses, is expected to appeal to first-time homebuyers and local upgraders. The project is located in the heart of Nilai’s educational hub and close to amenities such as hypermarkets, golf courses and the Kuala Lumpur International Airport.

In FY2012, Ireka had completed a few key construction projects including SENI Mont’ Kiara, the Kulai-Second Link Expressway in Johor and the structural works package for the City International Hospital in Ho Chi Minh City.  Ireka then built on its success by winning a follow-up contract for the 319-bed hospital’s main building works package.

Ireka’s current construction order book stands at about RM745 million of which approximately RM400 remain outstanding. Ongoing construction projects include the building works package at the City International Hospital in Ho Chi Minh City, Vietnam; two office towers and a hotel block in KL Sentral; as well as a high-rise serviced apartment and office project (the Imperia Puteri Harbour) at Puteri Harbour in Nusajaya, Iskandar Johor, which Ireka secured in August 2012.  In the current financial year, replenishment of order book will remain the Group’s priority.

Lai added, “With SAFEHOUSE being one of a number of data centre service providers under EPP3 Business Services NKEA (National Key Economic Area) and listed in the Multimedia Development Corporation’s (MDec is a government agency tasked to promote and oversee national ICT initiatives in Malaysia) data centre Directory which is distributed worldwide, we are excited about the growth potential of this value-added business as Malaysia positions itself as a world class data centre hub. We also believe our technologies business is in many ways complementary to our other core businesses of Infrastructure and Real Estate.” 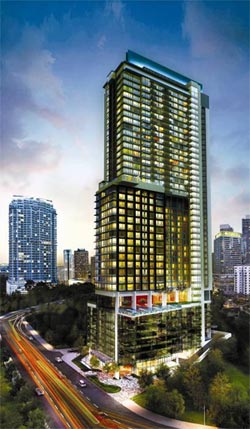 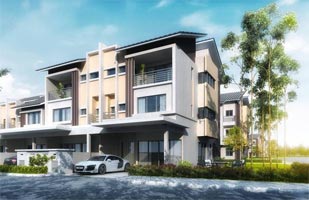 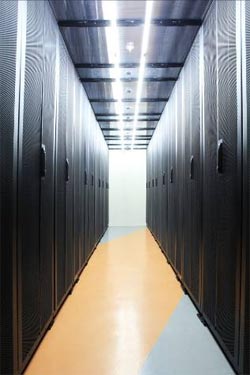