Kuala Lumpur, 26 September 2014: On the construction front, Ireka has projects approximately worth RM1.2 billion which will keep the Company busy for the medium-term. The Company, through its Infrastructure arm – Ireka Engineering & Construction Sdn Bhd (‘IECSB’), prefers to tender for projects where quality is the key prerequisite and where it can leverage on the skilled multi-disciplinary team within Ireka.

The Company is expected to benefit from the country’s growing construction and real estate sectors.  Current major jobs include the Vogue Suites Tower 1 in Kuala Lumpur (part of the KL Eco City by S P Setia); Imperia Puteri Harbour in Iskandar Malaysia, Johor (by UEM Sunrise Bhd); Solstice @ Pan’gaea in Cyberjaya (by OSK Property Holdings Bhd); and the MRT Package V7 (construction and completion of viaduct guideway and other associated works from Bandar Tun Hussein Onn to Taman Mesra).

On the real estate front, Ireka is expanding its product range into the mid-market segment serving the population, particularly the growing young population of Nilai and Kajang. It will bring to it the quality, standard and style of its high-end properties, using the Company’s established and extensive expertise in home building. The Group has over the last three years increased its land bank to 65 acres, worth approximately RM2 billion GDV in the Klang Valley and Nilai areas.

Ireka’s low density Kasia Greens link houses in Nilai is sold out while the adjacent 2 ½ storey shop offices known as 10 Shopz have just opened for sale. The Group is planning to launch two more projects before end of the year, being the 382 courtyard-style apartments, dwi@Rimbun Kasia and a modern multifunctional industrial office and warehouse development, ASTA Enterprise Park in Kajang.

Ireka continues to manage its associated company, Aseana Properties Limited* (‘ASPL’), owning a portfolio with a Realisable Net Asset Value of about US$271 million as at 30 June 2014, which valued Ireka’s 23.07% stake at about US$62.5 million (about RM200 million equivalent).

ASPL plans to dispose of their assets over time and a substantial amount of the proceeds will be returned to the shareholders.  Its operating assets include Aloft Kuala Lumpur Sentral Hotel, Four Points by Sheraton Sandakan Hotel, Harbour Mall Sandakan and the City International Hospital in Ho Chi Minh City, Vietnam.  ASPL is also currently developing the prestigious RuMa Hotel and Residences, Jalan Kia Peng, Kuala Lumpur which is set to complete in 2017.

To complement the expansion of its product range aimed at the mid-market segment and the impending launch of a few of these properties, both commercial and residential, Ireka is creating a new brand which we have no doubt will create as much of a stir as our established i-ZEN brand. So the year ahead looks set to be another busy one for Ireka and according to Datuk Lai Siew Wah, Group Managing Director.

“Ireka will continue to grow, while at the same time capitalizing on its solid track record for quality and delivery. The Board’s priority is to bring the Group back to profitability and enhancing shareholders’ value. We are very excited with our new range of properties which we know will generate jobs and provide homes for the future.” 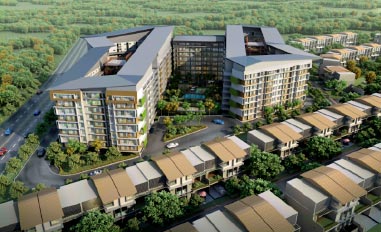 To be launched – courtyard-style apartments, dwi@Rimbun Kasia in Nilai 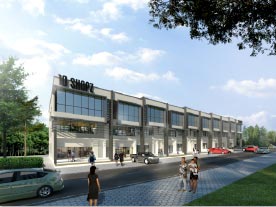 The 2 ½ storey 10 Shopz located in Nilai 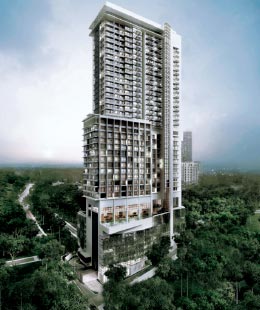