Kuala Lumpur, 27 January 2018:To have a movie time with the children was always on the “to-do list’ for volunteers from IREKA CARES. Last Saturday, IREKA CARES brought 13 children from Open Hands Home, Kajang to IOI City Mall to watch the recently released, “Maze Runner 3: The Death Cure”.

Special thanks to GSC Malaysia; providing with the popcorn and soft drinks for them to enjoy this movie, which is known as one of the highest grossing films of the weekend. In the epic finale to the Maze Runner saga, the leading character Thomas leads his group of escaped Gladers on their most dangerous mission. To rescue their friends, they must break into the legendary Last City, a WCKD-controlled labyrinth that may turn out to be the deadliest maze of all.

The two-hour movie did not disappoint its audience with its interesting storyline, and most importantly the children enjoyed the show! Afterwards, everyone was ready for lunch during which time the children shared stories of their favourite characters.

It was certainly a fun and interactive outing for everyone, big and small; and most of all; it was the quality time of volunteers and the children spending together that was special! For this reason, volunteers from IREKA CARES will organize more events again for the children in the near future

According to IREKA CARES’ Action Committee Head, Ms Najla, “Today was our first outing with the kids in 2018, they really enjoyed the show. The kids have been talking about watching a movie with us since last year, and I am happy we could organize it for them. The time spent together is special and we look forward to seeing the children again in March for our next activity.” 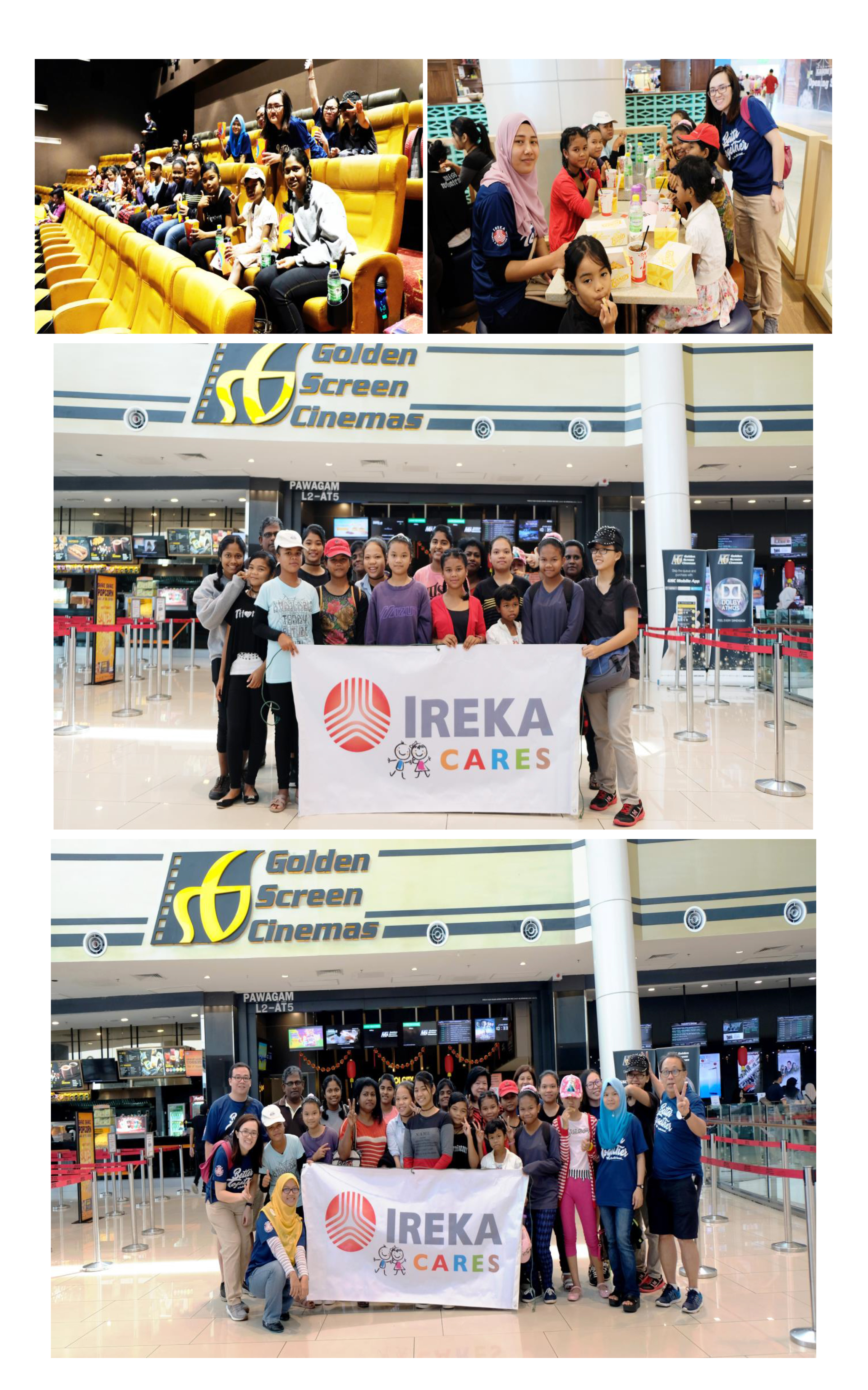