Petaling Jaya, 30 September 2017: Getting bored with playing soccer and snooker, what about having a game that combines both? To provide an opportunity for 19 children from the Open Hands Home, Kajang to play “Snookball”, a game that enables football fanatics and pool players of all ages to play under the same roof, IREKA CARES organized a friendly “Snookball Tournament” for the children on Saturday, 30th September. The event was held at the Snookball Game Center in Evolve Concept Mall, Ara Damansara. 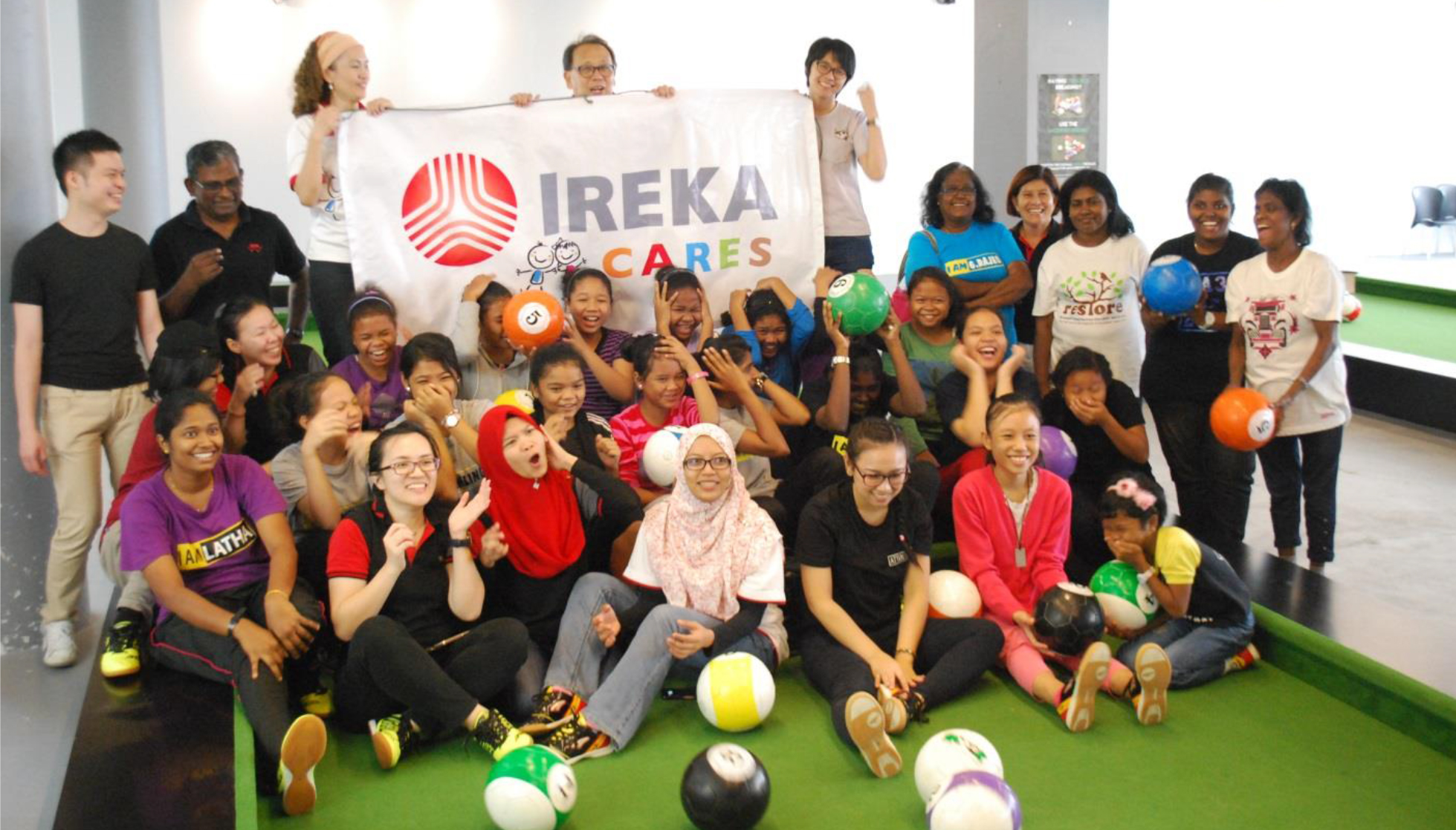 Despite this was the first time for most of the participants, the response and feedback given were encouraging. Both the children and the volunteers said they loved the game!

It seems rather simple to kick the ball with your feet toward the goal on the giant pool table; it is in fact far more interesting and challenging than one might perceive it to be. To win a game, it requires more than just great amount of the eye-leg coordination, but also excellent strategies and coordination between team members. In this context, the children did it so well that some of them even outshone the adult players. As such, it is a fun and exciting game that could trigger an adrenaline rush on the participants while everyone regardless of age is able to enjoy the game.

As for the game, all the rules are the same as snooker, except that the players will use their feet instead of a cue while balls are replaced by footballs. During the tournament, participants were divided into eight teams. As all teams battled till the end, the second team won the game with a football trophy given away from the game center. Win or lose, everyone enjoyed the game, and it was the sporting spirit that counted. 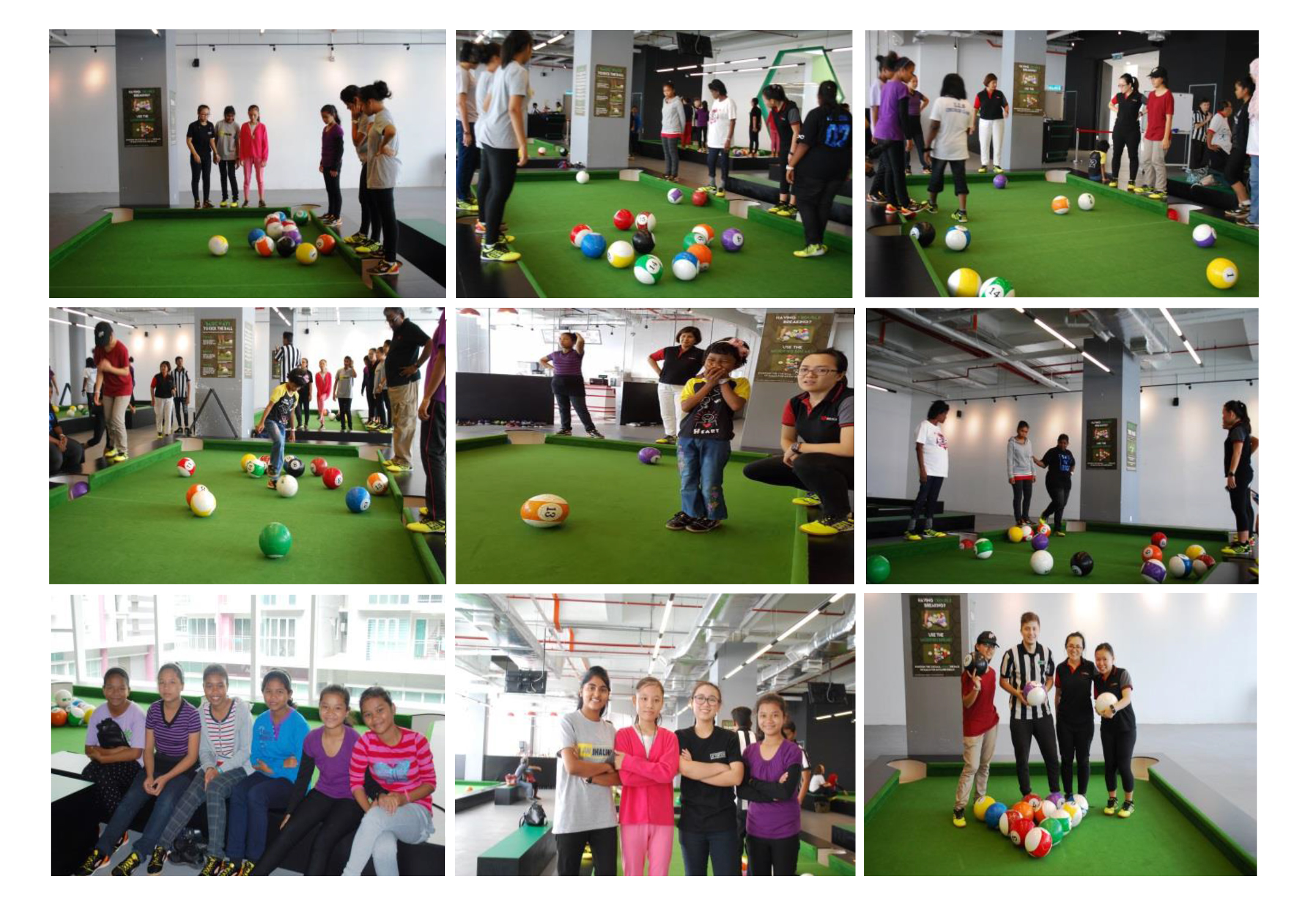 After the expanding of all that energy, it was time for a delicious lunch provided by the Snookball Game Center. During lunch, the children just couldn’t hide their excitement and continued to discuss about the game. One of the children from Open Hands Home, Grace says, “The game was so fun that we really enjoyed it. I am looking forward to the next outing with Ireka Cares!”

Meanwhile, Najla Wan Abdul Rahman, Chairperson of the IREKA CARES comments, “It was a competitive game and the kids really excited to play since this was their first time playing snookball. I’m glad that the kids enjoyed the games and thanks to volunteers who came and supported us. “ 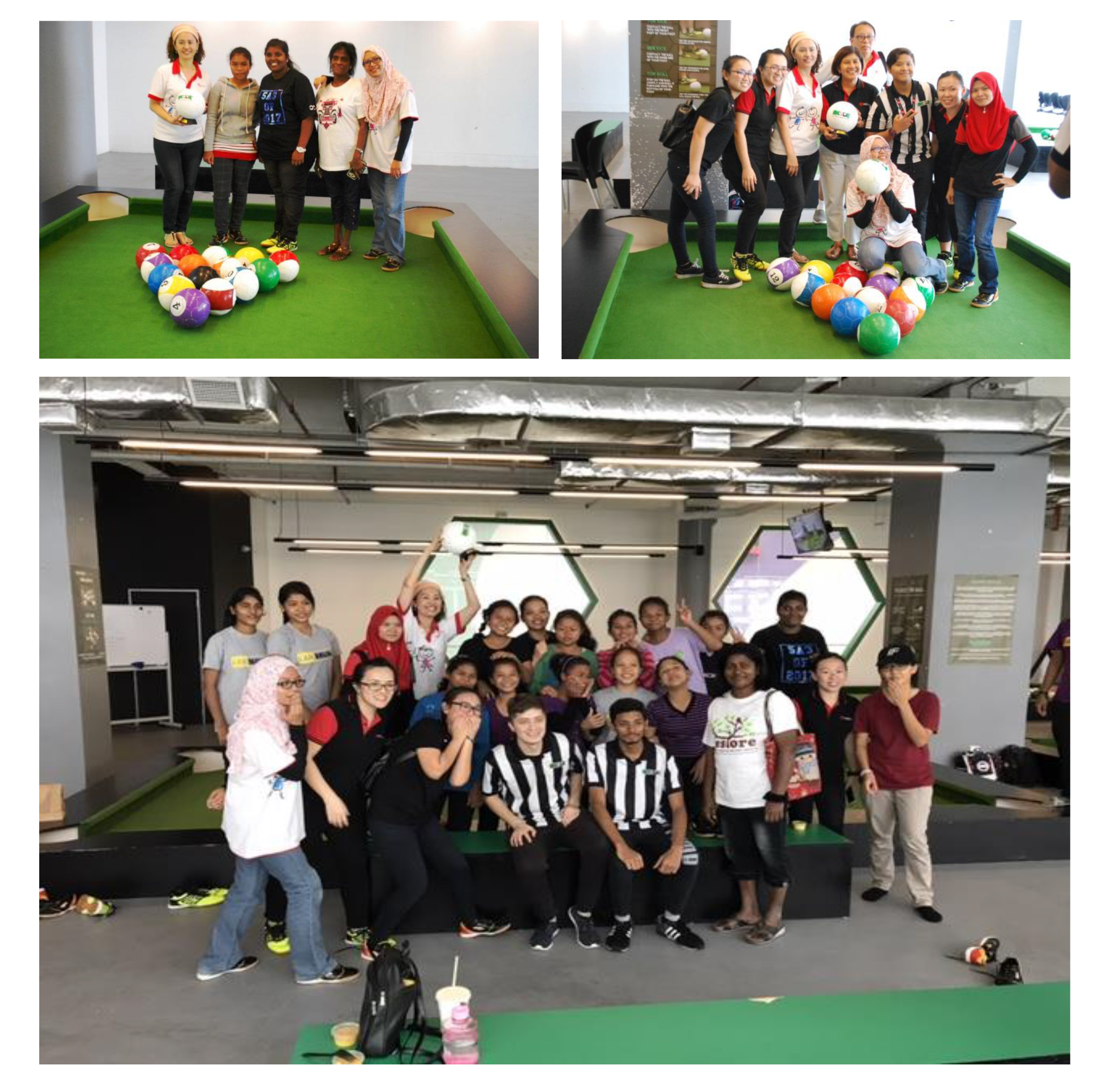