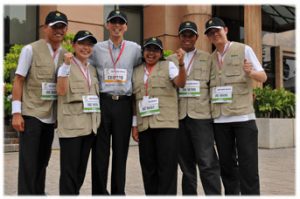 August 2010: Ireka’s supporters troupe doubled this year in its second participation in The Edge-Bursa Malaysia Kuala Lumpur Rat Race, signifying the company’s unified commitment towards charity. Ireka was represented by the CEO of its construction arm, Mr Tan Thiam Chai, in the 1 km CEO Race, and a team of 5 runners in the 4.5 km Main Race (Mixed Category). The event raised a total of RM1.75 million from 77 companies, with the funds being channelled to 20 charity beneficiaries.