26 Jul Behind the Scene at Mobilus

Posted at 16:38h in Newsroom by Tiggy Munnelly
0 Likes
Share

In the last issue of CiTi-ZEN, we featured the Automated Rapid Transit (ART) system, an urban transport revolution brought into Malaysia earlier this year by Mobilus Sdn Bhd – a joint venture company set up by Ireka Corporation Berhad with CRRC Urban Traffic Co. Ltd to pursue urban transportation business opportunities in Malaysia and South East Asia. The ART system has been brought into Malaysia to transform the country’s public transportation system. In the last issue, we featured two senior team members, Ramlan Zainol Abidin and Noor Rizwan Kasmuri. We are delighted to feature two others who play a key role in the Mobilus team – let’s find out more about them. 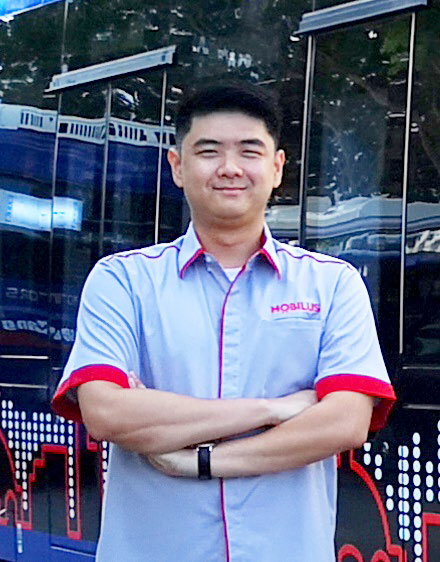 An accountant by training, Darren joined Ireka 3 years ago as an investment analyst, to escape the world of accounting and to try his hand at something completely different. Darren is the numbers person for Mobilus, a central role because he is responsible for cost projections and feasibility work for future ART projects.

Darren helps the team decide on all the commercial aspects, working closely with the senior managers, especially Ramlan and Rizwan, for their expert knowledge on urban transportation in Malaysia. He also draws on the knowledge of other colleagues in Ireka, like the construction team who provide him with crucial help in putting together his feasibility costings, especially if infrastructure works might have to be considered (e.g. possible need for road expansion or for viaducts).

Darren enjoys the opportunity of seeing the whole Mobilus operations up close and personal, learning everything about urban transportation in Malaysia in the process; and with his knowledge of commercial and market analysis, he is an asset to the team because he is able to advise them on the direction in which things might (or might not) change. 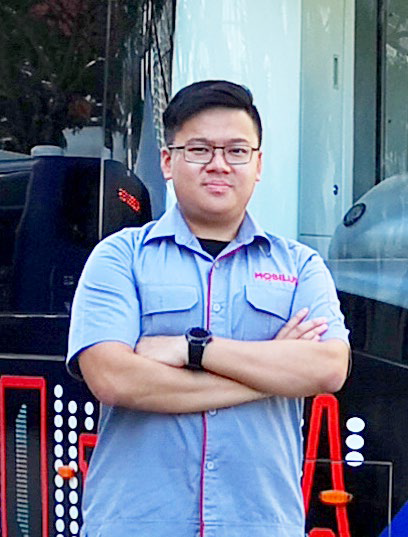 A recent mechanical engineering graduate, Jeffery is the newest member of the Mobilus team. He joined as an engineer in November 2020 and has hit the ground running. He works closely with partners, CRRC to learn everything about the technical aspects of the ART system, how it operates and finding solutions to problems. One of the most valuable skills Jeffery brings is his ability to speak and read Chinese (especially technical documents) fluently. When the CRRC team came over to Johor to assemble the ART in January 2021, Jeffery learnt a lot about its whole operations from the motor to the air-conditioning system.

This hands-on learning is invaluable especially when working with internal colleagues such as from i-Tech, to share information with them so that the latter is able to apply their expertise on specialist electrical works for signaling or on the technology required for the Operations Control Centre. Jeffery also liaises with traffic management and road safety consultants to make sure that the ART operates safely on the roads. 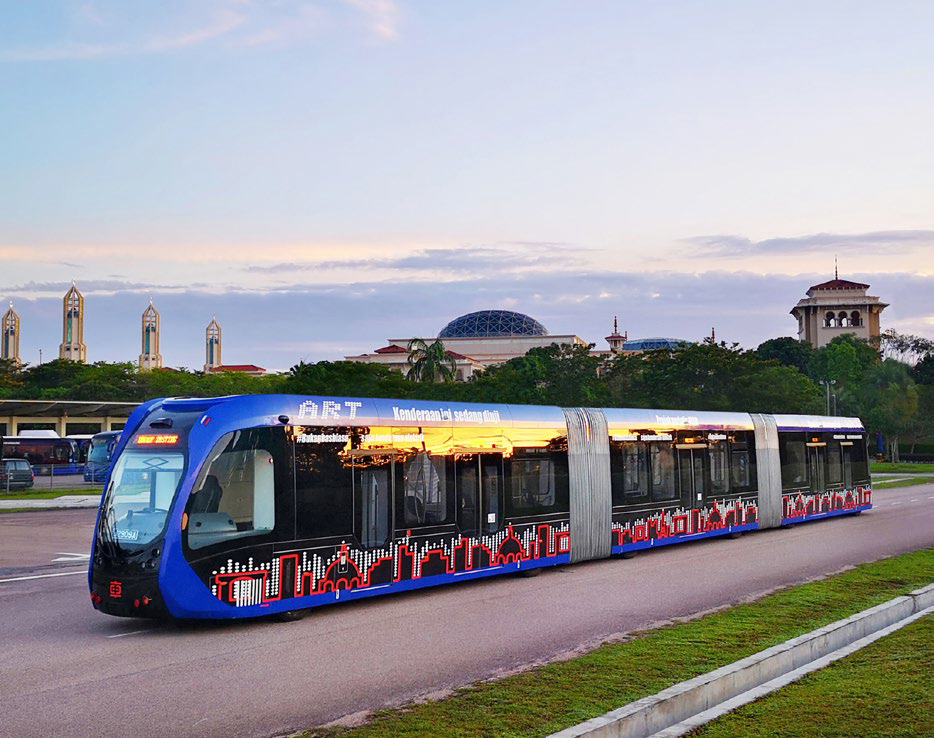 The ART’s pilot test currently underway, is being evaluated by the Malaysia Institute of Transport (MITRANS), an institute of Universiti Teknologi MARA. The independent and technical study will result in a feasibility report to assess its roadworthiness in Malaysia so that Government approval can be sought to run the system in the country.

This critical piece of evaluation work will look at, among other things, how the ART system shares the road with other traffic, safety aspects of alighting and disembarking, door safety, its use of energy, integration of passenger information systems at stations with real-time position of the ART vehicle to ensure reliability of the service, etc.

The 3-month pilot testing is hosted by the Iskandar Regional Development Authority (IRDA) in Johor who aim to showcase green technology vehicles such as the ART system to the public. Alongside the technical viability of the ART system, IRDA is helping to co-ordinate feedback from the public who, until the Government imposed lockdown to curb the spread of the Covid-19 virus, were able to experience the ART for themselves. It is reported that the feedback hitherto has been on the whole positive and many people are excited to see this transport revolution on the Malaysian roads.

Aside from the current pilot programme, talks are taking place with other States and we look forward to seeing the ART system running in other States in Malaysia in the near future.

Unlike any existing public transportation vehicle, the ART, is a hybrid between an electric bus and a trackless tram. It was developed and launched in 2017 by CRRC, the world’s largest manufacturer of rolling stock and rail related products and systems. This transport revolution is a multi-carriage, electric powered urban transport system equipped with sensors that can read the dimensions of a road and does not have to follow conventional rail tracks or the need to dig up roads to lay rail tracks which is always disruptive for local economies.

Because the ART runs on battery power, it is environmentally friendly and does not emit fumes. With a maximum speed of 70 kilometers per hour, the ART urban transport system is more agile, flexible and potentially cheaper to implement compared to conventional rail systems. Manoeuvrability is the ART’s most important feature – it is designed to take sharper turns and as the vehicle is not tied to tracks, it can move around corners and roundabouts smoothly. ART uses leading edge technology developed by the CRRC Group and it allows for higher passenger capacity. The standard ART system is three carriages that can carry 300 people, but it can also take five carriages and 500 people if needed; and operates on clean sources of energy such as electricity or hydrogen.

It has rubber tyres that run on normal streets thus providing a comfortable ride that has the quality of light rail, without the noise or fuel emission. It will help ease traffic congestion in Malaysian cities. As the ART will run alongside road traffic, it will be able to go into the deeper pockets of city centres and the suburbs as the last mile connectivity, thus meeting the gaps in these areas. Hopefully, it will be able to attract land development potential around the ART stations and routes, therefore unlocking urban regeneration.