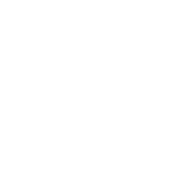 The Group registered a significant decrease in revenue from RM426.2 million in FY2015 to RM263.1 million in FY2016 largely due to a decline in revenue from the Real Estate Division and also a drop in the volume of work completed by the Infrastructure Division’s construction activities during the year. The Group recorded an operating loss of RM13.4 million as compared to an operating profit of RM12.9 million in FY2015. Moreover, the share of increased losses of an associated company, Aseana Properties Limited (“Aseana Properties” or “Aseana”) of RM17.1 million has further exacerbated the Group’s losses for the year to RM39.6 million as compared to a loss of RM2.4 million in the previous year. 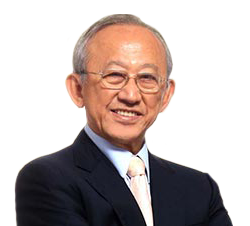 Amid multiple headwinds on the economic front, the construction sector continues to be performing well, spurred by large infrastructure-driven projects. The higher development expenditure planned for the 11th Malaysia Plan (“11MP”) along with the commitment shown in the country’s 2016 Budget should provide assurance that the validity and timeline of the announced projects remain intact. Furthermore, the Malaysian Government launched the Construction Industry Transformation Programme (“CITP”) in 2015, which is poised to spur on growth in the Malaysian construction industry. CITP is the country’s last five-year plan for the construction industry before 2020 and is part of the 11MP which aims to ultimately create construction industry players that are sustainable at home and are able to compete in the international arena.

The Group has a RM1.1 billion order book as at 30 April 2016 of which RM594.5 million had been completed, leaving an outstanding order book of RM474.2 million. In supporting the Group’s Real Estate Division’s activities, Ireka Engineering & Construction Sdn Bhd (“IECSB”) has also planned for a number of internal projects which will take place in the next 18 months, with a construction value of RM691.9 million. When the internal projects are fully implemented, the Group’s outstanding order book will increase to approximately RM1.2 billion. Given the current economic and market conditions, Ireka Group is exercising caution in implementing its investment and construction plan. It is a priority of the Group at this time to focus on securing approvals for its current development projects and be ready to launch them when the economic climate improves.

With the sluggish economic condition, contracting growth, declining currency value as well as poor consumers’ and investors’ confidence, Malaysia’s property market has been weak during the year. Although the number of transactions had reduced, property prices remained stable with an increasing trend, driven by higher costs and also due to the implementation of the Goods and Services Tax (“GST”) in April 2015. As a result of these adverse factors, many potential buyers and investors are staying on the sidelines. On its property front, Ireka Group is now shifting its focus to develop the second phase of Nilai land development under the mid-market properties sector. The Group has successfully handed over the Kasia Greens project, first phase of Rimbun Kasia in Nilai back in FY2015. In addition, the Group has started soft-launching Phase 1 of the Asta Enterprise Park project, a modern guarded industrial park located at Kajang. The official launch date for this project is targeted to be in July 2016. Likewise, planning approval in principle has been obtained for the Serika Residences (formerly known as Kajang Residences) in Kajang and the Group is also in the midst of securing building plan approval for the Kiara Residences project.

Ireka Development Management Sdn Bhd (“IDM”), the development manager of Aseana Properties, has in FY2016 achieved a significant milestone with the disposal of the Aloft Kuala Lumpur Sentral Hotel (“Aloft”) to Prosper Group Holdings Limited for a gross transaction value of RM418.7 million (approx. US$104.2 million). On the subject of Aseana Properties’ first intended capital distribution, applications for the distribution were submitted to the Aseana Properties’ lenders at the end of August 2015. However, consents from certain lenders remain outstanding due to the unfavourable market condition in the country. Aseana Properties continues to liaise with these lenders in respect of the first intended capital distribution of US$10.0 million and intends to engage further with the lenders to seek consents following the completion of the disposal of Aloft on 23 June 2016. Consideration will also be given to make further capital distributions depending on the availability of surplus cash within Aseana Properties and the receipt of consents from the lenders.