Efforts are being made to establish the Mont’ Kiara(MK) Community Toastmasters Club. The club, when officially chartered, will be sponsored by Kuala Lumpur (KL) Advanced Toastmasters Club, which itself was chartered on July 24, 2001.

Toastmasters International is a world leader in communication and leadership development. It has more than 357,000 memberships. Members improve their speaking and leadership skills by attending one of the 16,600 clubs in 143 countries that make up our global network of meeting locations. For more details, please visit https://www.toastmasters.org

A key objective behind the formation of the Mont’ Kiara Community Toastmasters Club is to provide the local community with the option of joining a club that does not have any restriction on membership. Toastmasters is open to those over 18 years who have the desire of improving their communication and leadership skills. The Club’s first met on January 17, 2019, and since then, it was continued to meet twice monthly. 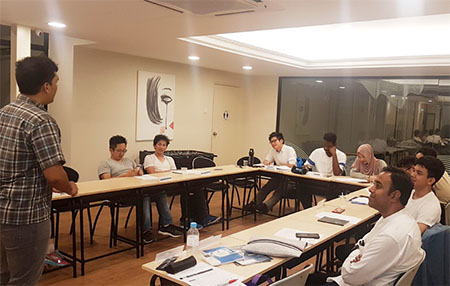 The formation of Mont’ Kiara Community Toastmasters Club is the brainchild of Mark McKenzie, a senior financial sector specialist at the South East Asian Central Banks Research & Training Cemtre (SEACEN), Kuala Lumpur. He was first introduced to a Toastmasters’ meeting about 30 years ago in Kingston, Jamaica. At the time, despite being immediately captivated by the enormous potential and benefits of Toastmasters, he could not afford the membership fee to join. However, almost a decade after his first exposure, he joined as a charter member of the Grand Cayman Toastmasters Club, and in 2003 also joined the Tortola Toastmasters Club in the British Virgin Islands.

Today, Mark is a member of Kuala Lumpur Advanced and Kijang Toastmasters’ clubs. He has served in a various leadership and executive roles at both the club and district level in Toastmasters.

The Toastmasters International movement is almost 100 years old. One of the key benefits of Toastmasters is that members receive constant feedback or evaluation. In Toastmasters, members learn at their own pace with little or no pressure. All along the way each member benefits from thoughtful evaluations that highlight his or her key strengths and areas for improvement.

Mark’s job requires him to work with teams of people of diverse cultures and customs. He is also required to speak in front of audiences of various sizes, and communicates frequently with Government officials, leaders of businesses and industries. Mark says, “When I do presentations for work or at conferences, I rarely get immediate feedback or evaluations.” He noted that one of the highlights of Toastmasters is that he can use the evaluations received in Toastmasters to improve his weak points, and improve on the structure and delivery of his presentations for work.

What is the purpose of the MK Community Toastmasters Club? 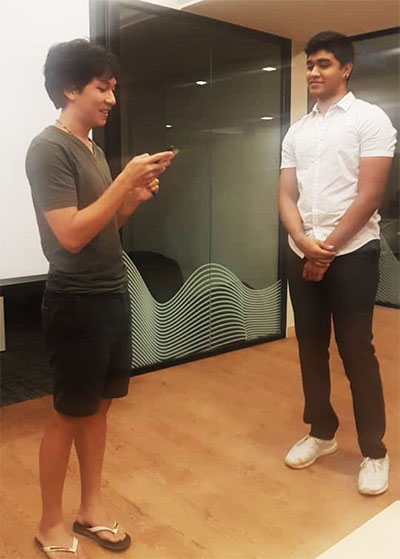 Communities have always formed around common or shared interests and in this era of social media there is no shortage of Groups or Meetups. It is relatively easier than ever before to find likeminded friends or activity groups. A community-based Toastmasters club will provide members with the opportunity of meeting twice monthly to fulfil their common goal of selfimprovement and helping each other. This results in greater selfconfidence and personal growth.

Malaysia is rich in diversity and cultures, and Mont’ Kiara is a microcosm, not just of Malaysia, but also the United Nations. The formation of the Mont’ Kiara Community Toastmasters Club is envisaged as fostering the art of effective communication to create better communities, better understanding of differences, and hopefully a more harmonious world.

Since its first meeting in January, there has been tremendous interest from people within the community. On average, meetings are attended by around 10 to 15 interested individuals and they are held the first and third Thursdays of each month at 7.30pm at InTuition on Jalan Kiara, just opposite Kiaraville and Tiffani Kiara Condominiums.

To formally establish and charter a Toastmasters club, at least 20 individuals are needed. The Club uses social media like Facebook, Twitter and Linkedin to create awareness of its existence and purpose.

If you are interested to learn more about the Mont’ Kiara Community Toastmasters Club and how much it costs to join, contact Mark McKenzie on 012 477 0722 or email to mastbmckenzie@gmail.com