For the financial year ended 31 March 2016 (“FY2016”), Ireka Group recorded total revenue of RM263.1 million, a decrease of 38.3% compared to FY2015. The Infrastructure Division through its construction activities remain as the major revenue contributor for the Group, accounting for approximately 90.3% of the Group’s total revenue. This is followed by the Trading and Services Division, at approximately 7.6%. This division includes contributions for the development management services provided to Aseana Properties Limited (“Aseana Properties” or “Aseana”), a 23.07% associate of Ireka Corporation Berhad, and the Technologies Division. 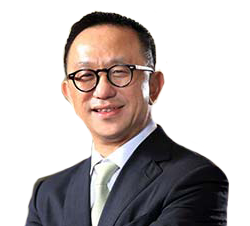 The Group registered losses of RM39.6 million in the current financial year as compared to RM2.4 million incurred in FY2015 as a result of sluggish economic conditions both locally and globally as well as a higher share of losses from Aseana Properties. The losses from Aseana Properties are mainly attributed to operating losses and financing costs of City International Hospital (“CIH”) as well as operating losses and financing costs of Harbour Mall Sandakan (“HMS”) and Four Points by Sheraton Sandakan Hotel (“FPSS”), together with an impairment relating to FPSS. In addition, the devaluation of the Malaysian Ringgit against the United States Dollar, the financial reporting currency of Aseana, has also affected Aseana’s results in FY2016.

The Malaysian economy faced severe consequences on the economic front amid the drastic drop in oil prices, unanticipated global commodity and currency shocks as well as the sudden reversal of capital flows. Gross domestic product (“GDP”) grew at a lower rate of 5.0% in 2015, down 1.0% point compared to 2014. The Ringgit was further crippled by contracting export earnings, a slowdown in the Chinese economy and had experienced its biggest annual drop since 1997, falling 19.0% to RM4.3/US$1.0 in 2015. In addition, the widely publicised issues of 1MDB’s sovereign investment fund added greater uncertainty to the economy of Malaysia.

In contrast, the Vietnamese economy has grown at its fastest pace in five years, achieving a solid GDP growth of 6.7% in 2015. This is despite a global trade recession and a slower-growing Chinese economy which have faltered economic growth in most parts of South East Asia, except for Vietnam. The robust growth exceeded the government’s target of 6.2% and has been supported by the record-high foreign direct investment, strong exports and resilient domestic consumption.

Although Aseana Properties which operates both in Malaysia and Vietnam continues to be on course in its divestment strategy over the next three years, its first intended capital distribution announced to its shareholders in 2015 experienced delay in implementation as consents from certain lenders remain outstanding due to the unfavourable market condition in Malaysia. Aseana Properties remains committed to its first capital distribution of US$10.0 million and intends to engage further with the lenders to seek consents following the completion of the disposal of Aloft Kuala Lumpur Sentral Hotel (“Aloft”) on 23 June 2016. The Aloft was successfully sold for RM418.7 million (approx. US$104.2 million), and is expected to register a gain of RM143.9 million (approx. US$35.8 million) for Aseana Properties. Aseana Properties has also announced that further consideration will be given to make further capital distributions depending on the availability of surplus cash within Aseana Properties and the receipt of consents from lenders.

Despite the multiple impacts on the domestic and global economic fronts, Malaysia’s construction sector appears to be in good shape powered by large infrastructure-driven projects. The total value of construction work done in Q4 2015 recorded a growth of 11.2% year-on-year to a record RM30.1 billion mainly driven by the civil engineering sub-sector. However, the construction sector will be facing multiple obstacles and challenges moving forward, amid the slowdown in the property market and rising construction costs.

In September 2015, a five-year blueprint was launched under the 11th Malaysia Plan (“11MP”) to overhaul the nation’s construction sector, known as the Construction Industry Transformation Programme (“CITP”), which is expected to maintain the sector’s growth into double digits for a third consecutive year. The 11MP has reaffirmed the robust pipeline of construction jobs until 2020, of which are expected to be driven from new tenders in public transport, oil and gas downstream infrastructure and water related jobs. Growth in the construction sector would be spearheaded by the Light Rail Transit (“LRT”), Mass Rapid Transit (“MRT”), West Coast Expressway, Central Spine Road and development of the Pan Borneo Highway (“PBH”) in Sabah.

Revenue from the Group’s construction arm, IECSB, decreased to RM237.5 million from RM356.4 million in FY2015 as a result of the completion of Imperia Puteri Harbour and lower contribution from on-going projects. In addition, no new contracts were secured by IECSB during the financial year in review as the Group is anticipating the commencement of a number of planned internal projects over the next 18 months, with a construction value of RM691.9 million. Projects such as the KL Eco City Residential Tower 1, The RuMa Hotel and Residences and the KL Eco City Office Tower 2 are still in progress. Furthermore, the Group is now targeting to complete the Solstice @ Pan’gaea in Cyberjaya by the end of the second quarter of 2016.

Alongside these, the Group’s total construction order book as at 30 April 2016 stood at RM1.1 billion, out of which RM594.5 million had been completed, leaving an outstanding order book of approximately RM474.2 million. With the anticipated commencement of the internal projects during the next financial year, total outstanding order book will increase to RM1.2 billion. IECSB is actively tendering for new projects in both the infrastructure and building works segments to replenish its order book for the next three years. However, in view of the slowdown in the economy and property market in Malaysia, IECSB will be more prudent and cautious in taking on new construction contracts.

The property market in Malaysia was greatly affected by the overall slowdown in 2015. According to the National Property Information Centre (“NAPIC”), market volume was recorded at 362,105 transactions worth RM149.9 billion in 2015, down by 5.7% in volume and 8.0% in value compared to 2014. On the back of the sluggish market, the number of new launches reduced to 70,273 units, down by 19.2%.

With the current economic climate, buyers will likely adopt the “wait-and-see” approach before committing to any property purchases. In addition, the property market is expected to remain challenging in 2016 as a result of bleak household sentiments, lacklustre commercial sub-sectors and dwindling business confidence, all of which are caused by the current slump in oil prices, rising cost of living and the weakened Ringgit. Stricter lending conditions coupled with higher interest rates have increased the cost of mortgage financing and rejection rates for home buyers. The Malaysian Government had in January 2016 recalibrated the 2016 Annual Budget in order to ensure that our country is well placed to face the forthcoming uncertainties.

In FY2016, Ireka Development Management Sdn Bhd (“IDM”) as the development manager for Aseana Properties, has achieved another significant milestone with the disposal of the Aloft Kuala Lumpur Sentral Hotel (“Aloft”) to Prosper Group Holdings Limited at a gross transaction value of RM418.7 million (approx. US$104.2 million) and the transaction was completed on 23 June 2016. During the year, Aseana has also divested its 55.0% stake in ASPL PLB-Nam Long Ltd Liability Co, the developer of the Waterside Estates residential project in Vietnam, to Nam Long Investment Corporation (“Nam Long”) and Nam Khang Construction Investment Development Limited Liability Company (“Nam Khang”) for a cash consideration of US$8.2 million.

On the whole, the Group’s revenue and income contribution from the Real Estate division has been severely impacted by the delay in launching of a few projects over the financial year under review, due to the unfavourable market conditions and delays in obtaining approvals from changes made to match market demands. Subsequent to the completion and hand over of the Kasia Greens project back in June 2015, Ireka Group is now focusing on developing the second phase of Nilai land development under the mid-market properties sector. The second phase consists of 6 parcels of lands measuring 30.6 acres which will be developed into courtyard apartments, condominiums, town villas and commercial centre. The sales launch of the courtyard apartments, known as dwi@Rimbun Kasia, was initially planned for the end of 2015. However, the launch date has now been postponed to Q1 2017 due to delays in obtaining approvals from the authorities. The project, dwi@Rimbun Kasia, consists of a 9-storey, 328 units apartment block with sizes ranging from 650 square feet to 980 square feet in line with the demand for such accommodation in the surrounding education hub in Nilai.

Meanwhile, the Group has commenced the soft launch for phase 1 of the Asta Enterprise Park, Kajang (formerly known as Kajang Industrial Development). This 31.5 acres of freehold development is located at a thriving neighbourhood south of Kuala Lumpur and consists of semi-detached and detached light industrial factories in a guarded environment. The design of the units emphasises on multi functionality and versatile utilisation to cater for the total industrial needs of companies. The project is targeted to be officially launched in Q3 2016.

Planning approval in principle has been obtained for the Serika Residences (formerly known as Kajang Residences). The Serika Residences will be positioned as a stylish and trendy new urban resort of serviced residences under the Group’s mid-market brand, zenZ, in the thriving area of Kajang. Likewise, the Group has obtained planning approval for the Kiara Residences project and is now in the midst of securing building plan approval. The Kiara Residences project is a serviced residence and commercial project located in the heart of the established and exclusive Mont’ Kiara enclave. Notwithstanding the sluggish property sector, the Group is confident that these upcoming projects will fare well as they are located at strategic and well established neighbourhood and addresses.

i-Tech Network Solutions Sdn Bhd (“i-Tech”) has had a disappointing year in FY2016. i-Tech’s sales revenue dropped by 7.5% in FY2016 compared to the previous year, and gross profit margin squeezed further. These are primarily due to the continued weakness in the Malaysian IT market carried through from the latter part of 2015 and a very challenging business environment.

The IT hardware market slowed quite significantly in the first two quarters of last year due to the introduction of the Goods and Services Tax (“GST”) in April 2015 and the uncertainties surrounding its implementation. Coupled with the weakening of the Ringgit’s value against the US Dollar, the continued pressures of low oil prices and political uncertainties in the country, many of our potential clients and customers unsurprisingly deferred major IT projects and spending.

i-Tech’s “green” datacenter in Mont’ Kiara, branded as SAFEHOUSE, expanded its product offering co-location services to Disaster Recovery-as-a-Service (“DRaas”), providing its clients the ability to recover from downtime, with affordable cloud-based solutions. SAFEHOUSE continues to keep up with market trends to be able to remain competitive and nimble moving away from conventional hardware based solutions to be more cloud-centric. With the adoption of cloud based solutions in Malaysia, i-Tech foresees SAFEHOUSE being the major revenue driver of its business in the years to come.

Malaysia’s IT market is expected to grow, albeit at a much slower rate this year, as incomes rise and the economy is expected to develop, creating growth opportunities in the consumer and enterprise markets. i-Tech also sees the opportunity in other areas like DRaaS and hybrid cloud solutions.

i-Tech Network Solutions (Vietnam) Company Limited (“ITV”) is now positioned as an IT security company in Vietnam, primarily targeting Malaysian based companies that have expanded their businesses in Ho Chi Minh City. ITV is also targeting hospital projects in Vietnam, promoting Picture Archiving and Communication System (“PACS”) that allows for 3-Dimensional, and instant access to processed medical images manipulated for diagnosis and shared via the internet.

The Technologies Division however remains bullish as it continues to focus its energy to market SAFEHOUSE locally and internationally using this as a platform to evolve into a managed services company thereby reducing its risk from the volatile and extremely competitive hardware and software market segments of the IT industry.

On a final note, I wish to take this opportunity to thank my colleagues on the Ireka Board and all our dedicated staff for their unfailing support to the management team over the course of the year.