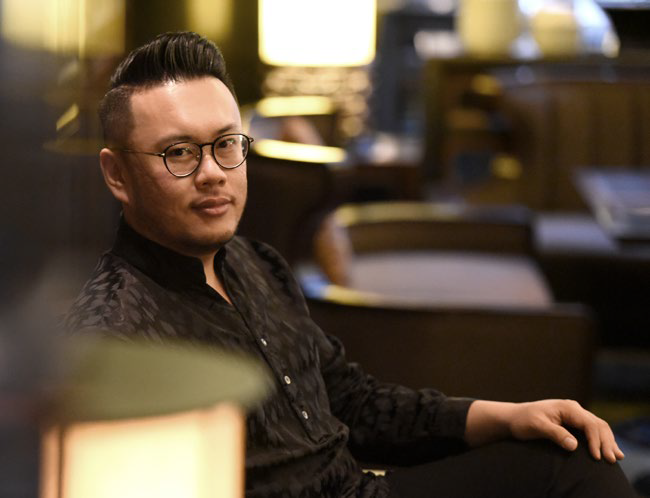 The image of a maestro is that of someone who is autocratic, serious – and old! Award-winning David Chin is the epitome of the 21st century maestro – dynamic, articulate, exuberant and, above all, young! He is very passionate about the music of seventeenth century German composer, Johann Sebastian Bach – so much so that David started Bachfest Malaysia in 2015 to promote the music of Bach in Malaysia and beyond. To understand this passion, we need to start at the beginning.

Music in his veins

David is a KL boy who grew up in both Taman Tun and Shah Alam; and attended high school in Klang. He took a year off after high school to contemplate on what’s next for him. He knew that it would be something around music (an ambition he has had since being 15) but he was not clear on its direction. In the time off, he conducted his Lutheran Church Choir which David had been doing since he was 16 to fill a vacant post. Incidentally, there is a Lutheran connection with Bach which David was not aware of as a teenager because the great composer was not on the scene then.

Even with being able to compose music and play the piano, drums, synthesizer and guitar, the path to David’s musical career was not immediately evident to him. Then he was introduced to some oratorios (large musical composition for orchestra, choir and soloists) which put everything into place for David. This drew David into the world of classical music and his light bulb moment began to take shape, leading David to graduate from Liberty University, Virginia. He holds a Bachelor of Music Degree (Magna Cum Laude) in Choral and Piano Performance from Liberty University and was awarded both Outstanding Music Student and Keyboard Student of the Year.

Life in the USA 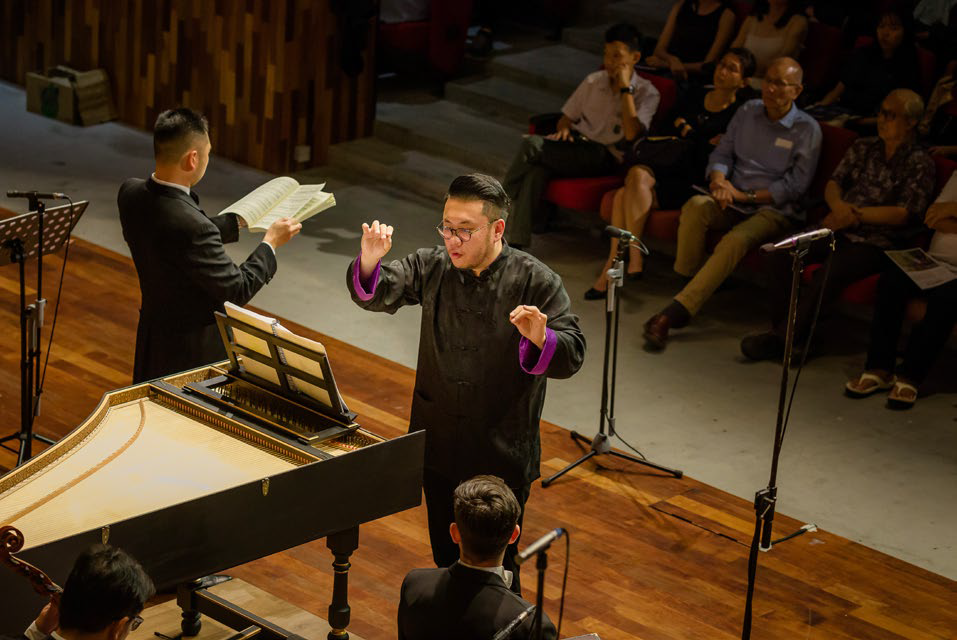 This led David to receiving a full scholarship to attend the Eastman School of Music, University of Rochester, long regarded as one of the world’s premiere schools of music. After his 2 year Masters course at Eastman, he remained in the USA to teach, conducting in a local college for the princely sum of USD5,000 a year but he received a lot of support from local friends and through this experience, David quickly learnt the art of fundraising! David knew that remaining in the USA, would enable him to learn everything he could about every aspect of classical music, gain plenty of podium time conducting and be able to organize concerts. He was promoted the following year and thereafter started his doctorate at Eastman which he completed with distinction in 2017, holding both the Doctoral of Musical Arts and Master of Music Degrees. David proudly proclaims that one of the secrets of his success are his parents who have remained his constant supporters throughout. Even today, they are his roadies, transporting instruments and equipment to all the Group’s performances; and they are his biggest fans!

The Passion for Music Continues 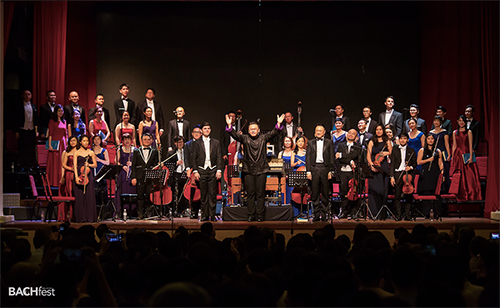 There is nothing foreboding about David and I found him to be disconcertingly humble! David has musical accomplishments as long as your arm but at the end of the day, he is all about, in his own words, “discovering the composers’ intention and philosophy by analysing the structures and elements in their compositions, and trying to make the notes on the sheet music come to life. Musical gestures can mean so much, even without words. I am always very eager to share my discoveries with anyone who is interested to hear them.”

I experienced this first-hand at the Group’s recent concert on Bach’s Cantatas, performed in PJ Old Town, where David broke off from conducting to explain the musical sections in crystal clear layman’s terms, telling stories that demystified the cantatas – treating everyone with respect. He spoke in both Chinese and English to ensure maximum audience appreciation.

David is described as one of the rising conductors and musical leaders in the new generation of globe-trotting musicians. Not only is he Artistic Director for the Hong Kong Bach Festival, the Bachfest Malaysia and the East Malaysia Bach Cantata Singers and Orchestra, he is also Principal Conductor of the Association of Toronto Chinese Evangelical Church Musicians in Canada and was appointed as the Assistant Professor of Choral Music at the University of Minnesota, USA, and the visiting Professor in Choral Music at Bucknell Univeristy, Pennsylvania, USA.

David’s passion for classical music, particularly J S Bach is apparent as he sings, during the interview, a few notes from one of Bach’s most celebrated works, St Matthew’s Passion, to illustrate to me the depth to the notes. I loved it!

In 2015, David founded Bachfest Malaysia (Malaysia Bach Festival) in commemoration of Bach’s 330th birthday anniversary and their first concert was the premier performance of St John Passion in Malaysia. As its Artistic Director, David is clear that Bachfest Malaysia is here, not only to promote the music of J S Bach (and other great composers), but also to create excellent musicmaking opportunities to enrich the musical lives of fellow Malaysians. David built up the Group by inviting people to join him when he went to concerts and keeping his ear to the ground for talented musicians. All the members of Bachfest Malaysia are either themselves music graduates or working towards it. They are very accomplished musicians, 24 of them are conductors and almost 100% Malaysian.

Concert master Bernice, for example, is also a tenured violinist with the Royal Opera House, Sweden and 3 group members have even built a harpsichord (the first harpsichord to be built in Malaysia) because they wanted to make this instrument accessible to the public.

David is very animated when he talks about the Group, crediting them with the hard work, passion and drive to bring Bach’s music to Malaysians. He beautifully describes them and the music they play, “The spirit of unity in the Group is a great experience because no one ego outshines. Bach’s music is humbling and so if we don’t perform in this way, we are not getting the message across and the audience will feel it.”

They say that the public’s experience of the music is through the personality of the maestro and David’s artistic vision, charisma and humility in equal measure was there to inspire. Classical music has always been and always will be a minority interest. That is why, now more than in the past, everyone involved has to work extra-hard to make the music, in this case, Bach’s music, an artistic success. Because when it works, everyone reaps the rewards.

Bachfest Malaysia’s high playing standards have finally gained recognition – the Group has been invited to perform in Germany in 2020, the home of Bach! The 95th Bach Festival (yearly international event for Bach aficionados to celebrate his music and that of the Bach family) will in June 2020 be held in Leipzig, Germany. Bachfest Malaysia has not only been invited to Leipzig, but to perform in St Thomas Church where J S Bach was musical director from 1723 until his death in 1750. According to David, “Bachfest Leipzig chose 40 Groups to perform, and from this, only 4 get to perform in St Thomas Church and Bachfest Malaysia is one. It is the highest honour and we are ready for this!”

Even arriving at this point was serendipitous for David. He visited the international Bach festival in 2018 without a ticket for any of the concerts and went to the box office on the off chance that he might be lucky. Two sets of premium tickets for entrance to all 10 concerts were returned which David did not hesitate to purchase. At one of the concerts, he sat next to the Director of the entire Festival, introduced him to Bachfest Malaysia and the rest is history!

Bachfest Malaysia has already performed 8 concerts in 2019 and more is promised around the country, in part to fundraise for their trip to Leipzig. Finding the right venue is critical because all that practice will be wasted if the sound is dead! I, for one, am looking forward to hearing more from the Group because for me, Bachfest Malaysia’s musicology, their insight of interpretation and the power of their performance is a “WOW”!