The Sky’s Not Quite The Limit!
20417
post-template-default,single,single-post,postid-20417,single-format-standard,bridge-core-3.0,qodef-qi--no-touch,qi-addons-for-elementor-1.5.3,qode-page-transition-enabled,ajax_fade,page_not_loaded,,overlapping_content,qode-theme-ver-28.4,qode-theme-bridge,disabled_footer_top,qode_header_in_grid,wpb-js-composer js-comp-ver-6.9.0,vc_responsive,elementor-default,elementor-kit-21820

14 Jan The Sky’s Not Quite The Limit!

Posted at 03:56h in Newsroom by Tiggy Munnelly
0 Likes
Share 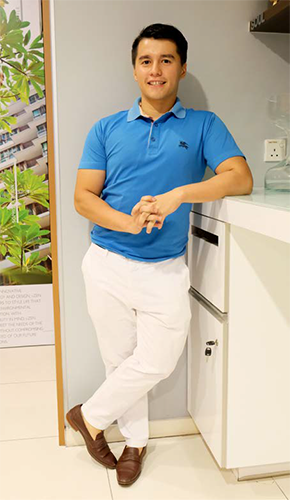 Captain James Tan at 28 years old has had more experiences than most people would in a lifetime – and this is no exaggeration! He has flown around the World and been recognised in the Guinness Book of Records for this achievement (more on this later); has established a learning academy and is also a jointventure partner in a successful interior design business.

His dyslexia was never a crutch and in fact, with the help of family, it propelled James to bigger and better things. His education suffered at a mainstream school because at the time, no one understood how to support children with dyslexia. James was, in his own words, “left to rot and always punished because I did not understand anything I was taught!” James’ mother (whom he adores and admires) rescued him from mainstream school and the combination of home teaching and attending the Persatuan Dyslexia Malaysia based in Ampang eventually led James to seeking out his dream to be a pilot, gaining his qualifications from the Western Australian Aviation College (WAAC), Perth. Through her experience of James’s dyslexia, his mother became an educator herself, achieving a Masters in Special Education.

Together, they set up a learning academy, Star Vista Education, almost 3 years ago for 130 students in Kajang on the outskirts of Kuala Lumpur. Children as young as 3 years old attend and study there up to “O” Levels. James’ speaks confidently and passionately about the holistic education offered because it is his way of “giving back” to society. He is proud of the indoor swimming pool and the range of education offered including Robotics. As well as the demanding responsibility of running a learning establishment, James works equally as hard at the interior design company, he and his brother-in-law have been partners in since 2015.

Flying is however, James’ absolute passion and this is what singles him out. His dream was always to be a pilot –he lived both in the USA and UK for over 5 years as a private jet pilot. In the UK, he gained experience as a safety pilot, who is basically the First Officer of a private aircraft. A safety pilot sites and ensures the safe operation of the aircraft. In the USA, as a fresh graduate, he gained knowledge and expertise on circumnavigation and piloting. James got paid in food and learning time. He describes this time as a privilege because he was “standing on the shoulders of aviation giants”. He went on to say, “I will always be grateful that they trusted me with their time and knowledge.” Today James holds pilot licenses around the World (Australia, Malaysia, USA and UK) – an achievement indeed.

Most exciting for James was learning all about “bush flying” which he did in Alaska and Africa. In Alaska, he learned not only how to land on water but to also repair an aircraft knee-deep in water! His mentor was a veteran pilot who did not hesitate to offer James every opportunity to learn about different aspects of flying.

In 2013, James set a new World record as the youngest pilot (at age 21) to fly solo around the World in a single-engine Cessna 210 Eagle plane through 21 countries and achieving 25,600 in 50 days. It took James about 18 months to prepare for this adventure. He is today recognised in the Guinness Book of Records for this amazing achievement.

The preparation for such an adventure required not only physical fitness but also consideration of the logistics limitations such as wars, airspace restrictions, geographical restrictions (speed, height, weather, terrain), etc. James would have to call ahead of time to arrange for clearance to enter airways and there was no margin for error or delays. According to James, “A one-day delay may actually turn out to be much longer due to entry restrictions into different countries. India, for example, takes 2 weeks to get entry clearance (which is only for 24 hours) and if you miss this you have to reapply to ensure entry (2 weeks hence). Other logistics could be fuel for a small aircraft, for example, which along the Polynesian islands can take up to 2 months to arrange!”

James’ physical training was conducted with the Royal Malaysian Air Force (RMAF) where he was trained to handle Hypoxia (lack of oxygen) which was a big concern because he would be flying at 23,000 feet most of the time for less fuel consumption but this meant that the oxygen level would be limited and his aircraft was as James’ describes, “an old thing”!

For survival training, in case the aircraft had to land in water, the Special Forces took a boat out into the sea at Lumut and threw James in, wearing full Arctic gear! There was also jungle training in case the aircraft crashed there and in America, James was taught to make an igloo and trained for blizzard landings and white-outs. Of course for James, he took all this in his stride and saw the experiences as being great fun! When asked about mental training James declared, “I had none. I was taken by destiny and at the end of the journey, I slept for a month!” 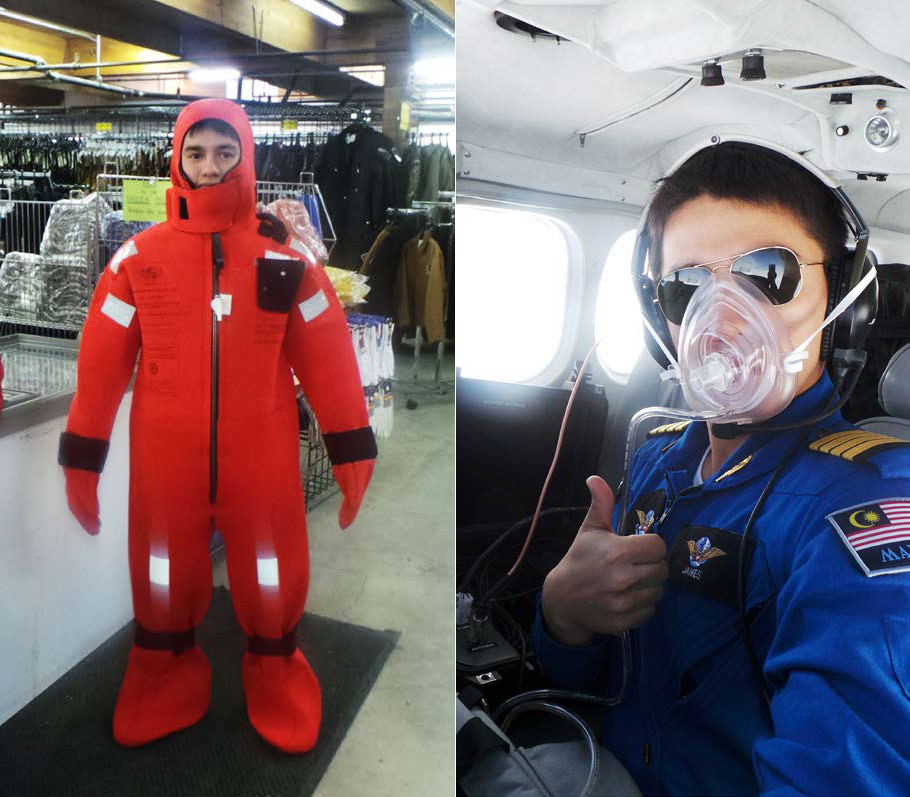 What was humbling during the interview with James is that all these achievements and amazing experiences pale into insignificance because to him, his family is everything – his parents, sisters, brother-inlaw and fiancé, Vivienne. He commented, throughout how lucky he is to have his family and could not be prouder of each of them. This is the perfect place to press the pause button and we look forward to seeing more achievements from James in the future. Of this we can be sure!